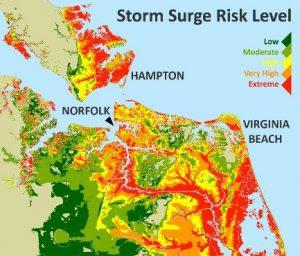 The Hampton Roads Sea Level Rise Preparedness and Resilience Intergovernmental Pilot Project (IPP) (convened by Old Dominion University and launched in June 2014) was one of four National Security Council pilots and three Department of Defense pilots established to prepare the United States for the impacts of a changing climate. 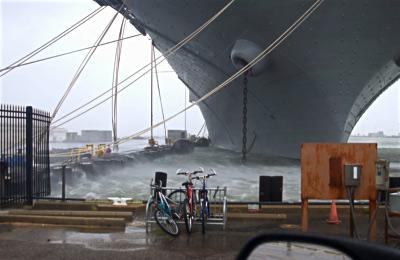 The IPP’s stated mission was that upon completion of the two year effort, Hampton Roads would have a path to establish a regional Whole of Government and Whole of Community organizational framework, along with recommended procedures to effectively coordinate sea level rise preparedness and resilience planning for the region. Further, the IPP’s vision and the National Security Council’s objective included the development of this regional framework for Hampton Roads as a template that could be used for other regions.

Best Practices: The IPP validated a number of successful practices that could transfer to any region addressing similar challenges.

Desired Outcomes: The Pilot Project identified five key desired outcomes to help Hampton Roads move forward in adapting to this challenge, shown here as synthesized from case studies and findings across the committees and working groups, and including lessons learned from South Florida, New Orleans, and the Netherlands. They are as follows: 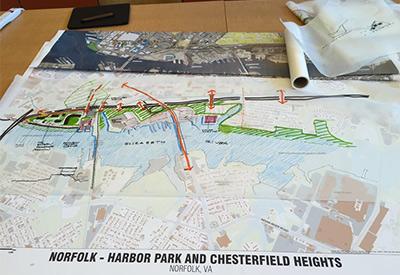 Next Steps: The Pilot Project identified the establishment of a regional planning and execution entity as a key factor to enable whole of government and community adaption efforts. Designation as a “special service district authority” or “the joint exercise of local government powers by agreement” would allow this regional entity to identify, facilitate, and prioritize those adaptation efforts based on identified regional needs that collaborative oversight and funding. As a recommended first series of actions, this entity could undertake a regional identification and evaluation of critical (as defined by the region) public and private infrastructure that are vulnerable to sea level rise. It could then prioritize impacted infrastructure needs, and evaluate region-wide dependencies and interdependencies of that infrastructure. Once regional vulnerabilities are understood, the next consideration could be to conduct a regional watershed vulnerability study and from that, develop a regional urban water plan.

Ongoing Work: While this regional planning and execution entity has yet to be created, there are tremendous ongoing individual efforts by cities and municipalities, including, but not limited to: 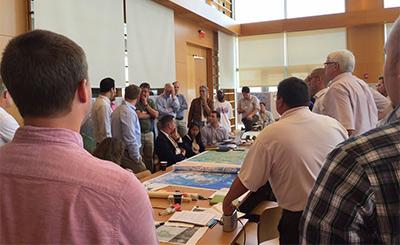 More broadly across the region, the Hampton Roads Planning District Commission hosts a Coastal Resiliency Policy Advisory Committee and Working Group, and is overseeing Joint Land Use Studies evaluating Norfolk/Virginia Beach 2017–2018, with a Chesapeake-Portsmouth study planned to start later in 2018. These studies, funded by the Department of Defense Office of Economic Adjustment, will evaluate sea level and recurrent flooding impact on federal military infrastructure, and make recommendations for adaptation measures.

Finally, there are two ongoing studies that evolved from the IPP:

While there are actions and activities underway across the region at every level, the need for the regional collaboration and oversight entity identified by the IPP grows as water levels continue to rise and the land subsides. The IPP showed the tremendous value of regional partnerships working in collaboration across the whole of government and community. Now, it is up to Hampton Roads to seize this opportunity to take the lead in developing collaborative adaptation and mitigation strategies and actions to address to this existential threat — and we have no time to lose!

To view the IPP final report and case studies on line, go to: ODU Digital Commons

About the author: Rear Admiral Ann C. Phillips, US Navy (Retired) chaired the Infrastructure Working Group for the Hampton Roads Intergovernmental Pilot Project from 2014–2016. She is now a member of the Advisory Board for the Center for Climate and Security. The opinions expressed are her own.

Electrify EverythingClean up the gridThese two bullet items make up a core mantra for those concerne...
View on Facebook
·Share

Don't miss the latest information on financing the green and clean economy this Thursday, January 23rd at the Leaders in Energy Event in Arlington. ... See MoreSee Less

More than ever, innovative financing solutions are needed for green energy and sustainability projec...
View on Facebook
·Share

"Resilient Thinking" for Farms and Communities

Rising awareness and impact from storms, fires, and floods might be the reasons for a shift toward major alarm and concern about climate change, as seen in GMU new survey. ... See MoreSee Less

For the first time, the Alarmed are now the largest of Global Warming’s Six Americas